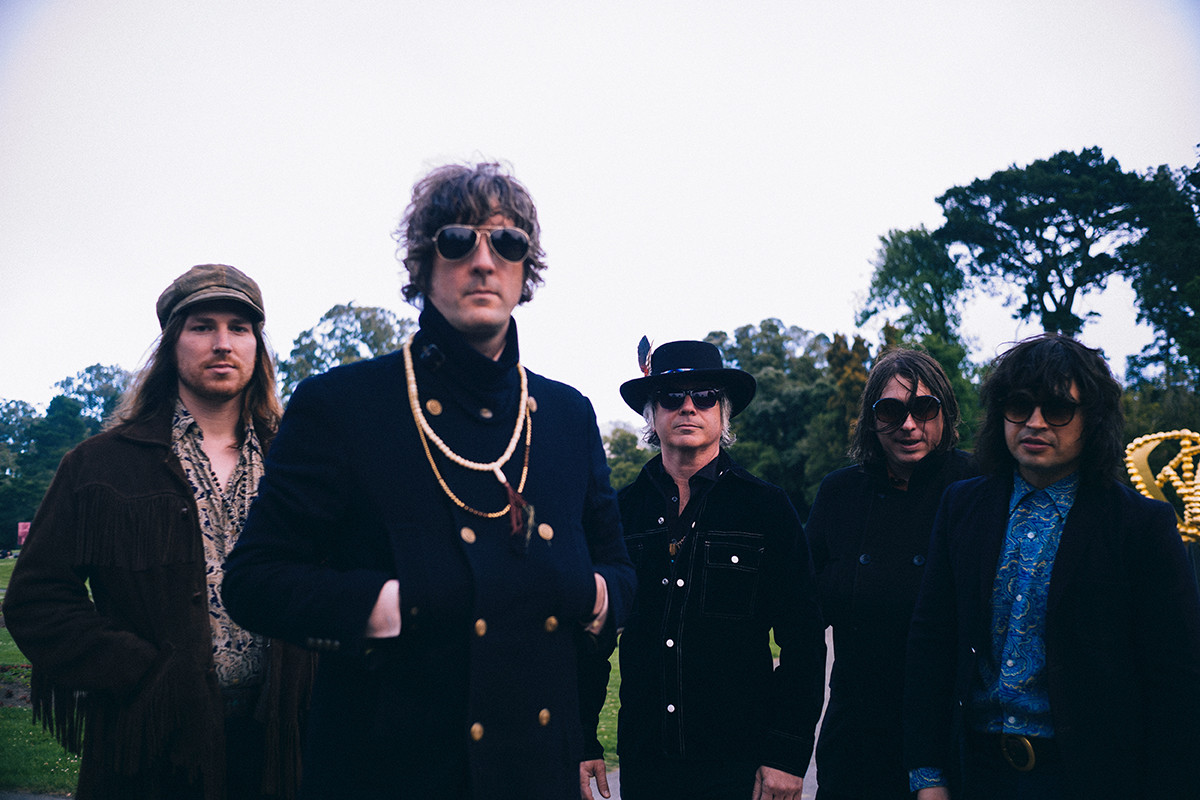 The Asteroid No.4 are an American psychedelic band based in the San Francisco Bay Area. Originating from Philadelphia in the latter half of the 1990s, the band began their relocation to the west coast in 2011.

The band is known for their dynamic live act, integrating multi-textured guitars and reverb-drenched vocal harmonies over an unwavering rhythm section. However, it’s been their prolific recording output, including what will soon be their ninth full-length album, that’s helped build their dedicated fan base within the flourishing underground psychedelic scene. With well over a dozen compilation appearances, digital-only rarity releases, and multiple singles and EPs, the band is said to improve with each release.

The Asteroid No.4's sound has been called a “hypnotic hybrid of several different genres filtered through the kaleidoscope of all things psychedelic.” Whether it be “Krautrock”, “shoegaze”, folkrock, or even the occasional dabbling in “Cosmic” countryrock, the band have never shied away from wearing their influences squarely on their sleeves.

Formation
The original lineup was formed in the suburbs of Philadelphia by childhood friends, Scott Vitt and Eric Harms, after years of playing in various punk, hardcore, and even a Smith’s cover band together. Throughout their high school and college years, the future bandmates submerged themselves in the “shoegaze” scene coming out of the UK in the late 80’s and early 90’s. After many months of the obligatory “mom’s basement” rehearsals, the group began to take permanent shape during the second half of the 1990s. The newly formed quartet, which also included original bassist, Gregg Weiss, and drummer, Bill Reim, began writing the songs that would become their first recorded offering. The “Mellow Beach b/w CIA Took My Dog Away” 7” single was released on their newly formed in-house label, Lounge Records.

Named after Vesta, the brightest asteroid in our solar system, their moniker is an obvious nod to Spacemen 3, the legendary UK psychedelic band, which the Asteroid No.4 repeatedly cite as a main influence. In fact, one of the group’s earliest recorded offerings was a faithful cover of the Rugby band’s, “Losing Touch with My Mind”. Released in 1998 on UK label, Rocket Girl’s tribute compilation to the 80’s legends, Pete “Sonic Boom” Kember himself, named the song as a stand-out track in an interview with Magnet Magazine.