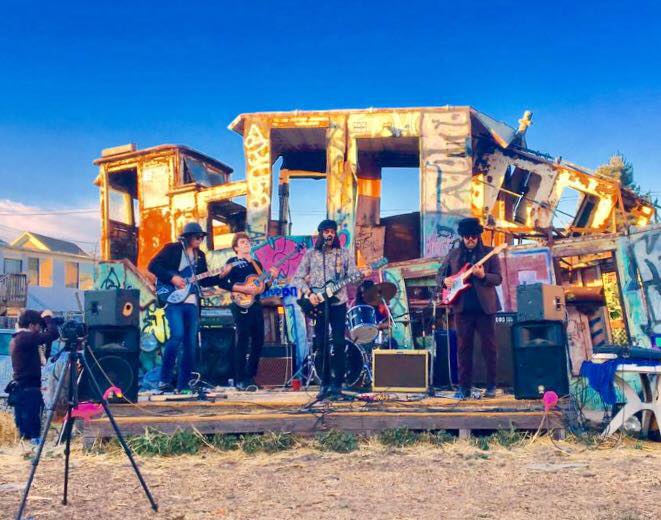 Forged through a moonlit gathering of minds in the sacred lands of San Francisco. Cosmic Correlation Conspiracy made their first appearance as the opening act for the 1960s cult-classic, The Chocolate Watchband on their 50th year anniversary show at the Acid Test in May of 2016. Stemming from the universal musical tradition of reinterpretation, their music is a fusion of freewheeling freak-flagged blues, with a twist of eastern mysticism, critical theory, old beat rhythms and subtle surrealistic Americana. Inspired by the likes of the counter-cultural revolutionary groups such as, Country Joe & the Fish, Jefferson Airplane and Captain Beefheart & His Magic Band. The C.C.C. are an honest group, engaged in the deconstruction of the critical discourses of our time, and presents these views through the abstraction of real life imagery combined with a deep expressionistic sonic frame work that acts as a reflection pool of humanities current state. Cosmic Correlation Conspiracy is here to administer love again! So hop on folks! Embrace the love and embark on their extended flights through the cosmos upon San Francisco's Translove Airways.