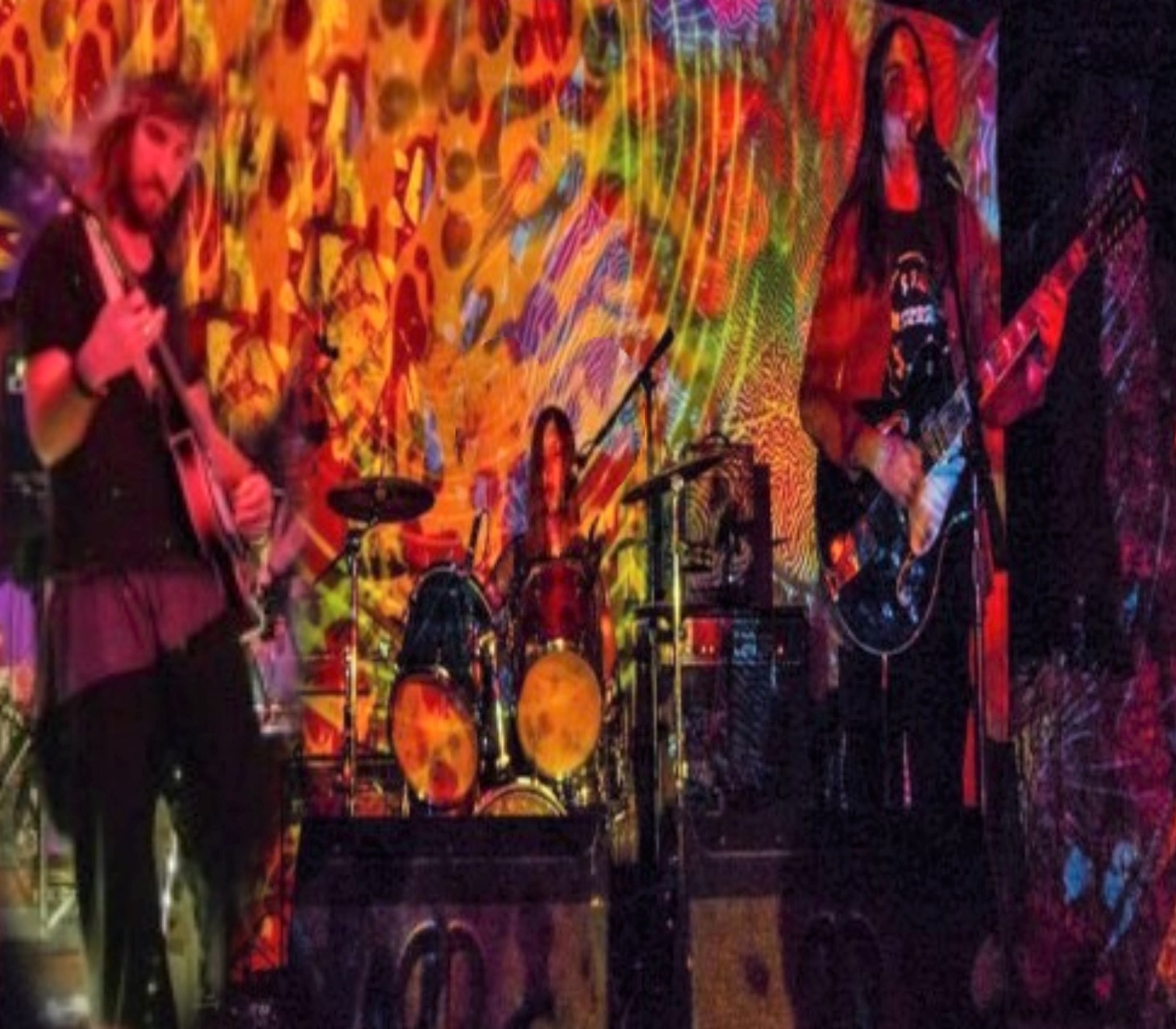 Crown Chakra is a psychedelic rock group. The band formed in early December of 2012 in California and consists of members Dylan Greig on lead & rhythm guitar/vocals, Bethanie Marie on drums/vocals, Keith Dilliplane on bass guitar and Jake Barrett on organ. Crown Chakra has toured the California coast performing at The Emerald Cup in Redway, The Pheonix Theatre in Petaluma, Golden Gate Park [4/20/2015] in San Fransisco, Ocean Grove in Trinidad, The Peg House in North Leggett, McCloud River Lodge, The Blue Lagoon in Santa Cruz, The Trout Farm in Felton, The Monterey Fair Grounds, the Planet Gemini and The Blue Fin, East Village, The Press Club in Monterey, The Dojo in Seaside, as well as the El Verano Inn In Sonoma. Recently the band has played shows at The Fire & Flow in Asilomar (CA), The Eugene Psychedelic Ball and The Black Forest in Eugene (OR), The Liquid Earth Gathering 2017 in Joshua Tree and in San Fransisco (CA) at Golden Gate Park [4/19-20/2017], the Showdown, The Milk Bar, The Bottom Of The Hill, Brick & Mortar and Neck Of The Woods.

“The members of Crown Chakra believe that there's a mysticism about Monterey, considering it hallowed ground for being the site of Monterey Pop and a birthplace of the Summer of Love. Crown Chakra includes Dylan Greig on lead vocals and 12-string guitar, his partner Bethanie Marie on drums and newly acquired bassist, Keith Dilliplane, who plays a Hofner bass similar to the one Paul McCartney preferred. Marie says this is a special year for the group because it marks the 50th anniversary of the Summer of Love. One of the highlights of their album fits the theme: “Haight Street Soul” is a tribute to Haight and Ashbury streets in San Francisco before the gentrification toppled the pavement promenade. Crown has a kind of broad appeal that transcends generational divides. Marie describes the band's sound as “garage rock revival, spiritual and electrifying”, a well-represented genre in Monterey. Their brand of rock is heavy, with an emphasis on mood, psychedelia and live energy.”